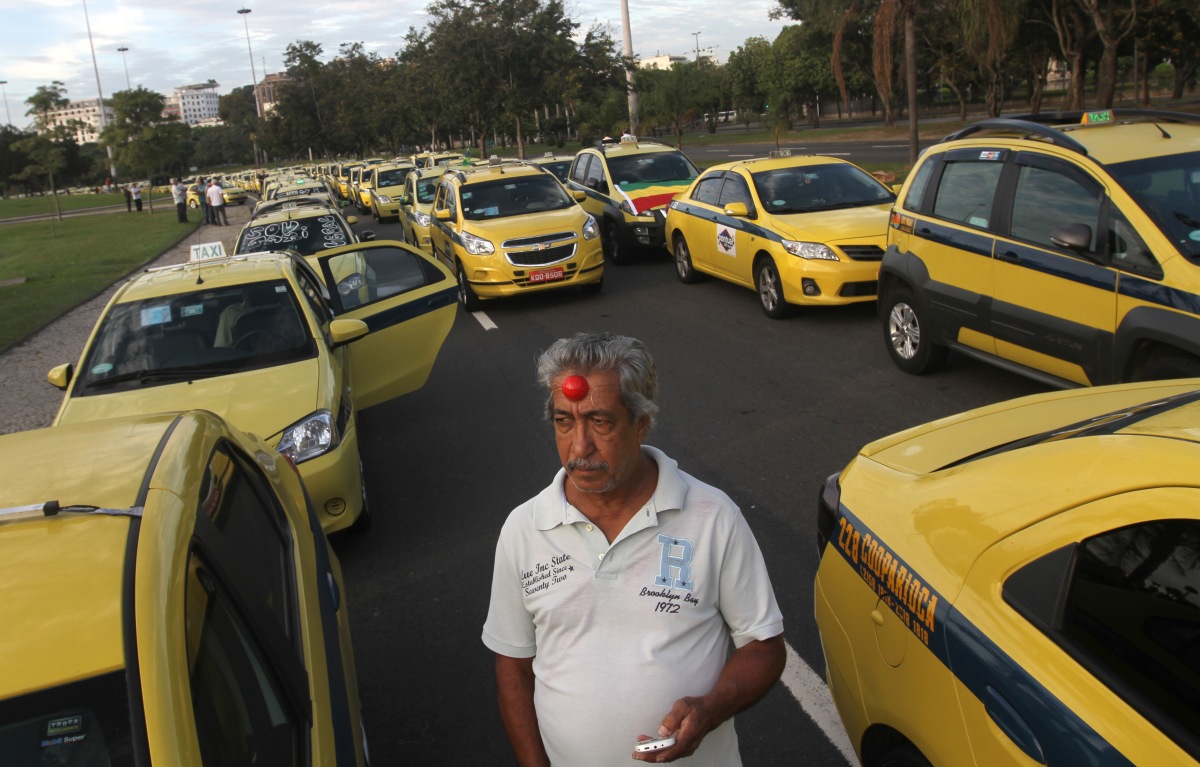 APTOPIX – A cab driver wearing a red clown nose on his head, stands amid taxi cars during a protest by drivers against the Uber ride sharing service, in Rio de Janeiro, Brazil, Friday, July 24, 2015. Cab drivers complain that Uber represents unfair competition because its drivers and their cars are not submitted to regular inspections by city officials nor pay any kind of fees to the city to exercise their profession. Some protesters wore clown noses, so as to say Uber is making clowns of them. (AP Photo/Luiz Lopes)